Its not often that you can say a conference helped change your life. Especially a technology conference with no mind or body changing gurus in sight. Úll was that conference for me. So when Dermot Daly (the other Dermot) asked me to write a blog post for Úll about running a 5K for at last year’s conference I was only happy to write. He also mentioned the theme of this year’s conference is around the subject of motivation. The piece below is thoughts on motivation, running the 5K and Úll itself. Turns out this wasn’t quite what I started out to write.

After two years of not going to Úll (and regretting it) last year I decided to go. At some point probably early in March I got an email saying that they were going to run a charity 5K at Úll. I was badly out of condition and badly overweight at the time, and hadn’t done any jogging, cycling, or proper exercise in quite a while.

The initial thoughts were a mix of “bugger I’ll look silly if I don’t do it” and “If Dermot and Sasha are doing it sure I’d better give it a try” combined with “well it is for charity”. There were about 5 weeks to Úll when I started training. I downloaded a couple of Couch to 5K apps, picked one of them and started the program a couple of days later. After a couple of weeks, I bought a new pair of runners. By the time I got to Úll last year I was up to about 3K and was about 4 to 5 weeks into my 9 week program. The morning of the run, I turned up in the lobby of the hotel somehow expecting most of the people at the conference, a little over 200 people, to be there. It was probably in the region of 30 people who turned up.

With 30 others I went out to do the circuit on the beautiful grounds of Lyrath House Hotel. I jogged about 3 of the 5K and walked the other 2K. I may have taken at least one wrong turn on the way and I definitely finished last. Despite
that, I was glad I did it. If nothing else I finished it. What happened next is the interesting part. I kept jogging after Úll.

At that stage, I had about 5 weeks of exercise and I was starting to lose weight. In conjunction with the couch to 5K I started modifying my diet. The starting point for that was the very scientific “stop eating so much crap”. Over the course of the next couple of months, between April of 2014 and December 2014 I lost 3 stone,and managed to run 5K on a regular basis. The two images below sum up what happened over those few months. 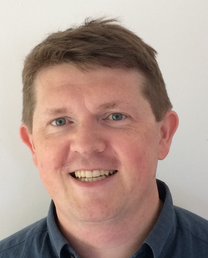 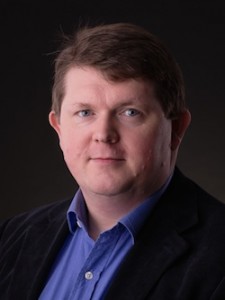 I did a Phoenix Park “Run with Ray” and a “Run in the Dark 5K”. And at this point I enjoy it. I’ve thought a lot over the past few days about the question of the motivation. The motivation initially was not wanting to be embarrassed. (At least that’s what I told myself). Recently Stewart Butterfield the founder of the
messaging app Slack said he didn’t know why Slack had taken off while his last two startups had fizzled.“ I have no fucking idea” was the exact quote. Thinking about my motivation I realised that really I hadn’t really thought or understood my own motivation very well.

I’ve been doing a lot of thinking about it. In the end I think it comes down to three things. It’s a combination of curiosity,energy and opportunity. And I believe a lot of motivation works this way. I read a very interesting book on Willpower a year or so ago. There may have been a dubious assumption that hey if I read a book on Willpower maybe it’ll improve my Willpower but some of the messages did seep in. One key message at the center of that book was that Willpower is related to energy.

Make too many decisions during a day and the quality of decisions you make and your ability to make decisions falls. People talk about grit very often, about digging deep in motivating yourself to do anything. I think the vast body of evidence show that this is victorian nonsense. The idea of will and energy are more important. Mentally last year I had the energy and the space to start an exercise program. For too many years I didn’t. Or to be honest I had prioritised
others things to a point where I hadn’t given myself the space or the energy to
exercise.

When I left my previous role in a startup called Storyful at the end of 2012 I was overweight (see photo above and note the before photo is me after I lost one stone). A decade of young kids capped with 3 years of a startup had left me more than a bit out of shape. A very smart friend of mine told me it’d take 6-12 months to recover after Storyful. I didn’t really understand what he meant at the time. In retrospect it’s energy he’s talking about. You have a finite amount and when you burn the candle at both ends and in the middle for too long you use that energy up. And create a rather large debt that needs to be paid off.

You have the basic energy for most things but the energy required to exercise and lose weight takes a while to come back. Time heals. If we let it. Having the energy isn’t enough though. For me Úll brought the curiosity and the opportunity at a time when I had the energy. “What would it be like to do this?” “Would apps on the phone help?” Curiosity, energy and opportunity intersected together.

I think curiosity is linked to energy too. If you’ve ever been really sick in bed and too ill to read all those books you’ve been stockpiling you’ll understand what I mean. I also think curiosity is the most human traits and I don’t think that we can be motivated without curiosity. (Its why the only good form of motivation is intrinsic and why extrinsic motivation never really works).

That has implications for schools and work and product development as well as running the 5K. I attempted to lose weight any number of times over the last decade. All attempts unsuccessful. And I tried all sorts of things to motivate myself. When I look at it now some of the elements were missing at any point in the past. Now I’m aware of what I need to exercise and to lose weight. And its not apps. Apps help. Spotify playlists and multiple running apps accompany me on my runs.

And the idea that what we need to get fit and healthy are apps is a naive idea. It’s a Silicon Valley solution to a different problem (there are a lot of those where we use technology to solve symptoms rather than root causes). At this point I’m reasonably comfortably doing 5 or 6K a few times a week. It’s now gotten to the point where I will change my routine to fit in getting in a 5K.

During the summer, the long evenings, running at 6, 7, even 8:00 in the evening was fine. It’s harder in winter. Days when there is too much going on are harder to run than days when work is at an even tempo. I’ve learned to manage my energy better. A poor nights sleep the night before and it not so much there is no motivation to run (there isn’t) but that there’s no energy to run. Sometimes all you need to do is grind out the run. Flat and all as it might be sometimes the goal is like the 5K in Úll, just finishing the damn thing.

Finding the space to run creates more energy and headspace to do other things better. Now I knew that but somehow forgot it along the way. I still have weight to lose, but I’ve made a good start and I feel an awful lot better for it in very very many ways.

A brief p.s. There’s lots more here that I want to explore but by those curious and lovely co-incidences the Internet often throws up over the last two days I came across two posts that tie to these themes.  Steve Wheelers on Curiosity making us who we are is very good on education. And Chris Bailey summary of a Year of Productivity experiments makes a very similar point on Energy.

Header image is Apples by  José Pestana on Flickr. Shared via a Creative Commons License.

2 replies on “Apples and Energy. Motivation and the Úll 5K.”

Very proud of you……we all are 🙂

Wonderful piece and many congratulations!

I think it’s not just willpower though, but being kind to yourself too as you take on new endeavors such as this. It’s nearly impossible when burning the candle at both ends.