I grew up with a sense of wonder and curiousity.

Carl Sagan, Issac Asimov and Nicholas Casey helped imbued me with a love of science. The third person was an amazing Science and Physics teacher.

Over a decade ago a group of scientists asked similar questions and following their curiosity did something to find out the answers. Today a tiny probe sent 500 million kilometers finished a 10 year journey and in a monumental step for our species landed on a comet. It is a truly wonderful day for science and for wonder. Today instead of looking down the human race looked up.

As a species we need to choose wonder, choose science and hope, choose courage and ambition.

Design for desktop is the new dad dancing. It’s embarrassing and often frustrating for your audience. Back 12 years ago not designing for poor bandwidth was the error of the day. It was the worst form of  dad dancing.

Developers who were used to building client server systems were running applications on internal LANs and then wondering why customers were crying over the speed of deployed websites. Latency issues and dreadful bandwidth were typical problems. Throw in usability issues and there were plenty of disasters.

These days not focusing on mobile first is the same sin. Its all very well to worry about how well the screen will look on the shiny 4K desktop screen but its much more likely that the customer will look at it first on the device closest to hand – their phone. That link on Twitter, Facebook or LinkedIn that they follow to you. Thats probably on their phone.

Google measures load time of websites in fractions of a second.  Your customer is judging your site on their phone in a similar timescale. 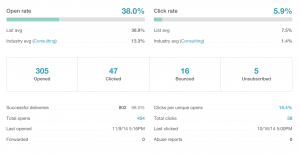 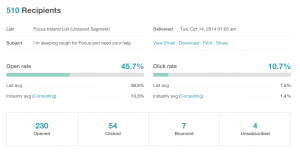 The best lack all conviction, while the worst
Are full of passionate intensity.

Turning and turning in the widening gyre
The falcon cannot hear the falconer;
Things fall apart; the centre cannot hold;
Mere anarchy is loosed upon the world,
The blood-dimmed tide is loosed, and everywhere
The ceremony of innocence is drowned;
The best lack all conviction, while the worst
Are full of passionate intensity.

Surely some revelation is at hand;
Surely the Second Coming is at hand.
The Second Coming! Hardly are those words out
When a vast image out of Spiritus Mundi
Troubles my sight: a waste of desert sand;
A shape with lion body and the head of a man,
A gaze blank and pitiless as the sun,
Is moving its slow thighs, while all about it
Wind shadows of the indignant desert birds.

The darkness drops again but now I know
That twenty centuries of stony sleep
Were vexed to nightmare by a rocking cradle,
And what rough beast, its hour come round at last,
Slouches towards Bethlehem to be born?

An interesting conversation with the very insightful Mary Carty made me realise that if I was going to blog a little I needed to blog a lot.

So this blog is  a thought journal, a collection of curious things, a thought catalyst.

Rough not finished. Letting some ideas out so they can mix and some new ones can climb in.

An almost remembered quote. The important things are to be found in the gaps between things. The intersections, the connections, the paradoxes, the metaphors. A quote from Before Sunset underlines this and whole notion of shared understanding

It’s no secret that Newspapers are dying. Look at any set of figures and they are on a slow (and sometimes fast) downward spiral. Circulation is down. And advertising revenue has been badly hit. One could be cynical enough to wonder if all the talk about a new housing bubble in Ireland is a desperate “Hail Mary” pass to bring back advertising revenue.

So what are Newspapers to do? “Go digital or home” might be the mantra. Lots of eyeballs online to compensate for fewer eyeballs offline? All chasing the same advertising dollar? Not the best strategy in the world. Paywalls. Sure if you’re the New York Times there may be some margin in that. What happens if The Irish Times puts up a paywall?

Even if people are buying the paper they don’t have time to read the damn thing.  TV, Radio, Buzzfeed, Twitter, Facebook, YouTube, Instagram, iPlayer, NetFlix, Spotify, WhatsApp, Vox, Viber, Vocativ, Vice. 57 bajillion channels of information.  And not enough time. Not even at the weekend.  As Markham Nolan deftly asked on Twitter last week

RT if your Sunday NY Times sits lumpen & unread in your apartment. Fave if you’re not online and actually have time to read.

So what are Newspapers to do?  There can only be a few New York Times/Guardian/Mail Online sites.  Offering a generic product that a million others are offering in a generic marketplace is not a happy place to be.  News in many respects is the reddest of Red Oceans. Draw a Wardley Map of News and its not going to a pretty picture.

A different approach is to go swimming in a Blue Ocean. Create new products that people will pay for. Stop chasing the advertising revenue. Yes maximise the amount you can make with your current product and stop obsessing about that and how many copies of pure paper sales you’ll make. Create new products and sell them to people.

Journalists, good journalists, are great on insight, on synthesis and generating value from information. So they should build products that people will pay for. Business products, financial services products, sports products, personal products. Yesterday LovinDublin introduced a mobile app. It has an interesting model, you pay €3.59 per month for a specialist magazine.  You pay for the product. Niall Harbison who is behind LovinDublin is loved and hated in equal measure if the Twitter reaction is anything to go by.  And he has by all accounts a terrible cheek in asking for money a product.

The question I’d like to ask is how come none of our Newspapers with hundreds of staff producing volumes of content on a daily basis came up with this idea? This product could fail spectacularly.  Or it may make a nice little revenue stream.  It’s not going to bankrupt Niall or LovinDublin. And it certainly wouldn’t bankrupt any of our Newspapers.  It’s a safe fail experiment.  And Newspapers and News organisations need to do lots of those.

There are lots of products that will add value to peoples lives that Newspapers are capable of creating.  And lots of products that businesses could pay for.  There are lots of data in the world that can be used to build new products and services for people.  Newspapers and News organisations could and should be working on these.   No one is suggesting this is easy or painless. It’s a bit like a caterpillar transforming itself into a butterfly, painful as hell and rips the creature apart in the process before something new is created. And it beats the alternative. Better butterfly than bankrupt.

If your mission is to produce great journalism then go create some products that will pay for that. It used be Crosswords, TV Guides, Restaurant Reviews, and Horoscopes. Now is the time to create some new ones.

(Some of the ideas here crystallised in conversation with Gavin Sheridan)

Image via Peter101 on Flickr. Shared via Creative Commons License.