These are the days I don’t miss Storyful.

And my friend and former Storyful colleague Paul tweeted

Moments like this I wish I still worked for @Storyful. Hard to beat a purpose. — Paul Watson (@paulmwatson) November 14, 2015

The contrast caught some people by surprise. So I thought I’d expand on my thoughts. Sometimes more than 140 characters are needed. I love Twitter. It is possibly my favourite piece of technology and I say that as someone who has lived, eaten and breathed technology for more than 20 years. It can be a glorious human sensor network reflecting the pulse of the planet. A learning library, a pub conversation a place of humour or enlightenment. And a wonderful feeding point for information junkies.

I was having a quick flick through my timeline on Friday night when I saw news of what was happening in Paris starting to emerge. And then I tweeted that thought. And then I turned twitter off.

I turned it off because I have no one close in Paris. There is no information I needed. Nothing I can do to add to or help anyone in Paris and nothing I can add to the story.  There is a small irony as I the first defining moment for me on Twitter was the Mumbai bombings in 2008. Up until then it was an interesting chat room that competed with Jaiku for attention.  Mumbai underlined the power of Twitter for me. I find much of my news through twitter and a path into much emerging technology and many interesting conversations.

In 2010 I joined Mark Little in Storyful. I knew a lot about technology and very little about news. I worked with some of the smartest journalists on the planet (Mark Little,  Gavin Sheridan,David Clinch, Markham Nolan, Malachy Browne, Aine Kerr and many others) and worked in a company that helped define how journalism and technology and social media can and should interact.

I remember being in the Storyful offices the day of the Utoya killings. Hearing the first report of a bomb then of of shootings. I watched the Arab Spring unfold, and the Syrian War start. Watched shootings in the US and occasional cat videos as well. There is a visceral almost primal energy in a newsroom during a major breaking story. Journalists play an important role underscored by Ruth McAvinia’s tweet

@dermotcasey I hear you. Although news organisations need circumspect careful people most of all during nights like this.

And yet I do not miss those moments. Because of the human toll. The people who have died or been injured. I do not miss having to put in place psychological training for journalists and processes and policies for staff who see something disturbing in a piece of video that they are watching.  And there is the noise. I do not miss the noise of agendas and ideologies attempting to twist every event to their own ends.  Paul Bernal summed up many of my thoughts perfectly writing

The aftermath of the events in Paris has shown many of the worst things about the current media and social media. I’ve been watching, reading and following with a feeling, primarily, of sadness. What depresses me the most – and surprises me the least – is the way that the hideousness has been used to support pretty much every agenda.

All I can do is sigh. And feel more sadness. I see the points that everyone has. And yet all I feel is sadness. There isn’t an easy solution to any of this. There aren’t easy answers. There really aren’t, no matter how tempting some of the ideas might be. I wish there were.

We have a situation where even Donald Trump is misquoted (or quoted out of time). Most of this adds noise and not signal. We need more reflective thought along the lines of Zeynep Tufekci  (read her timeline and more)  and Kenan Malik

My #Parisattacks Twitter thoughts from this morning transformed into an article (for @AJEnglish): https://t.co/QDwnemNzLu — Kenan Malik (@kenanmalik) November 14, 2015

Hans de Zwart has written a piece on how Al Wei Wei the Chinese artist is living in all our futures. The whole thing is well worth a read. There is a lot to unpack in it. The paragraph that points to the New Intermediaries (Google, Facebook, Netflix) that sit between us and everything else is worth a book on its own. As is Disney normalising surveillance and quantified self technology through MagicBands.

I was once asked to help someone start a business that put trackers on kids.  I found it deeply creepy and still do. Though as a parent of kids a little piece at the back of your mind is going. “Well it’d be nice to be sure”. Which is why these things will probably sell despite them being creepy. The end of the piece points out another problem with constant monitoring

We need failure to be able to learn, we need inefficiency to be able to recover from mistakes, we have to take risks to make progress and so it is imperative to find a way to celebrate imperfection.

The bit that really resonated with me was on Casinos and Natasha Dow Schüll and her book  ‘Addiction by Design’.

In it, she clearly shows how the slot machine industry has designed the complete process (the casinos, the machines themselves, the odds, etc.) to get people as quickly as possible into ‘the zone’. The player is seen as an ‘asset’ for which the ‘time on device’ has to be as long as possible, so that the ‘player productivity’ is as high as possible.

The comments on the use of defibrillators in Casinos is especially disturbing. The logical jump made is that

Facebook is very much like a virtual casino abusing the same cognitive weaknesses as the real casinos.

And as Hugh MacLeod pointed out

Once you realize that 90% of social media is just about the dopamine, the rest is easy 😀

Of course the pointless babble and the social grooming may be the very point of social media (the clue is in the name). 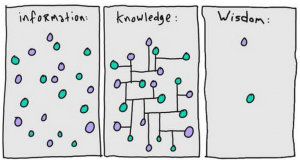 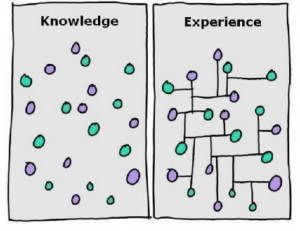 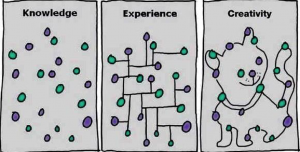 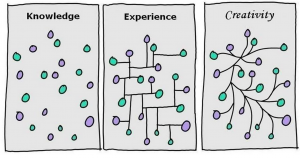 Homelessness is a huge and growing problem in Ireland. This year more than 800 children and their families have lost their homes,

Focus are working to eliminate Homelessness.  This Christmas we want kids in Ireland to build a #HouseforRudolph and the parents, grandparents, uncles and aunts, friends to donate to support.

Its easy. Build a house in Lego or Minecraft or draw your house. Or make it any other way. Take a photo or a video. Upload it to  Facebook/Twitter/ Instagram/Youtube/Pinterest wherever  your friends will see it. Tag it #HouseforRudolph

Here are three boys who’ve done their bit, and asked Michael D Higgins, Ryan Tubridy and their pal Hubert to build a house too. (Ff anyone can let the first two know we’d appreciate it)

Tell your friends. Have fun. And donate. Build a #HouseforRudolph  and help end homelessness.

Eoin Kennedy is running the second open conference Congregation in Mayo. This is the intro to the piece I wrote as price of entry.

I can’t think of a worse way to spend time than to take most of a weekend, drive across the country and discuss techniques to use Social Media to market your business.  I can’t think of a better way to spend a weekend than to engage with interesting people around how we share and shape the world we live in.  From a distance Congregation may be either or both of these things. A bit like Social Media itself.

I first used Social Media in 1989. We called Usenet and there is a very small distance between it and social media we use today.   I used it to consume volumes of Star Trek parodies on rec.humor.funny and have serious discussions on Neural Networks with researchers from around the world. What is most interesting about Social Media isn’t its newness, it’s that we keep making and remaking similar tools to help us sense and share and shape our world.

you can read the rest of it  here