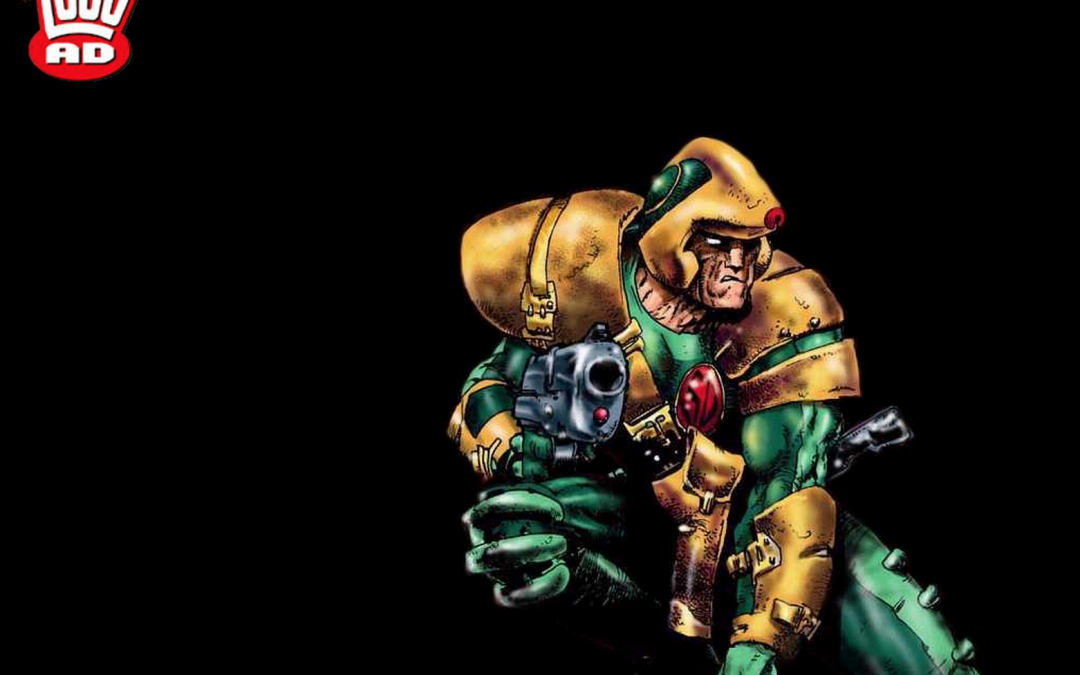 Lucinda Creighton has launched a new political party.  Or launched a #hashtag. I’m not quite sure which.

As I tweeted yesterday

My first thought was of a comic. There is a panel somewhere in my mothers attic from an episode of 2000AD. It’s from the story Strontium Dog. The storyline is set at the end of a war. A military police force is being disbanded and being replaced. Panel one has the old police force. And panel two has the new police force. Same group. Different uniforms. Same system. Plus ca change.

I was reminded of that panel when thinking about #RebootIreland. When we exchanged Fianna Fail for Fine Gael and Labour a few years ago that was the transition. Mostly because the state was governed by the Troika and administered by the politicians we elected. I’m not sure that what’s intended here will be any different.

I took a look at the #RebootIreland website. I’m not quite sure what to make of it. As Tommy Collison commented

“This party will champion human inventiveness.” What does that even mean? #RebootIreland

Fostering a spirit of entrepreneurism in our public sector that will reward those who work the hardest and deliver the best results for our public services.

I’m not sure that lack of entrepreneurism is the problem with the public sector (Too few entrepreneurial teachers and nurses?). And performance management mechanisms lead to dysfunctional behaviour.  There are no doubt reforms that need to be made. It would be an idea to start with an understanding of the problem than a statement of the solution. (If your solution is a hammer, the problem will inevitably be defined in terms of nails).

So what is #RebootIreland ? Is it a statement of intent? Is it an idea? It it a marketing slogan?  Right now I’m not sure. I don’t know what its stands for or what it wants to achieve beyond some a choices of metaphor. Metaphors and symbols matter.  What does #RebootIreland mean?

The metaphor suggests a quick clean out of the system and things can continue as they do before. One other comment on twitter was “sometimes rebooting the computer clears out the rubbish that’s stopping it going forward”.  Perhaps and I don’t think so. Computer analogies and metaphors are too reductive. It continues a trend in human thinking and it doesn’t really get us anywhere.  Reductive models lead us to nonsense like the Singularity.  And one of the tweets that went around last night was the “computer says no” from Little Britain. (Which shows that you can create a hashtag but you can’t control it).   I wonder if the party without a name or policy or candidates is attempting to do some sort of Lean Political Startup? In a comment on inappropriate language and contextless shifting of ideas Dave Snowden recently noted

Shifting partial understanding of success from one context to a completely different one as a populist recipe is of course no new thing. Neither is wrapping it up in partially understood and inappropriate language.

It would be easy to mock and its important to ask questions.  Maybe #RebootIreland is taking Francis Bacon’s view

I’m reading a history of the American Revolution at the moment.  The revolution itself and many of the leading revolutionaries were quite conservative. The human frailty, stupidity, venality and conniving on every side is the most illuminating and insightful part of a great narrative.  It was very messy. Any change in Irish politics is likely to be messy.  Can we have messy around issues of substance though?  That’d make a nice change in Irish politics.

* image is Johnny Alpha wall paper from the 2000AD website